Our first car this time is this beautiful ’55 sent in by John Jones.

John writes… “I have owned this same car since 1968. I bought it when I was a Jr in High School. I drove it and worked on it till 1974 when I took it apart to do a frame off rebuild. Things happened and I never worked on it again till 2015. I just moved it from house to house, garage to garage. When I retired in the fall of 2015, I bought a Rotisserie and took the body off the frame. It took me two and a half years to complete it, working on it almost every day. I learned how to do some of the things, by watching how to video’s from Danchuk. I did all the work myself, other than the bodywork and paint. The first picture is when I bought it in 1968, taken at my parents house. The second picture was taken at the Iconic Ogden High School in Ogden, Utah at my 50th Reunion in 2019.

Thanks for letting me participate
John Jones”. 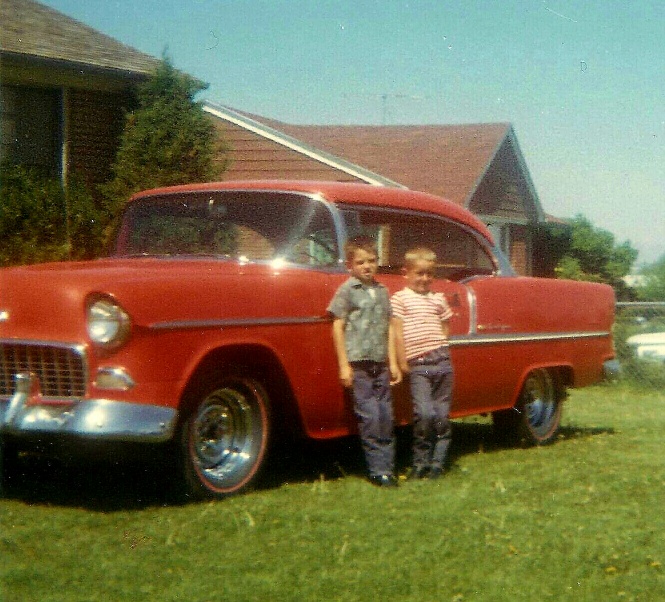 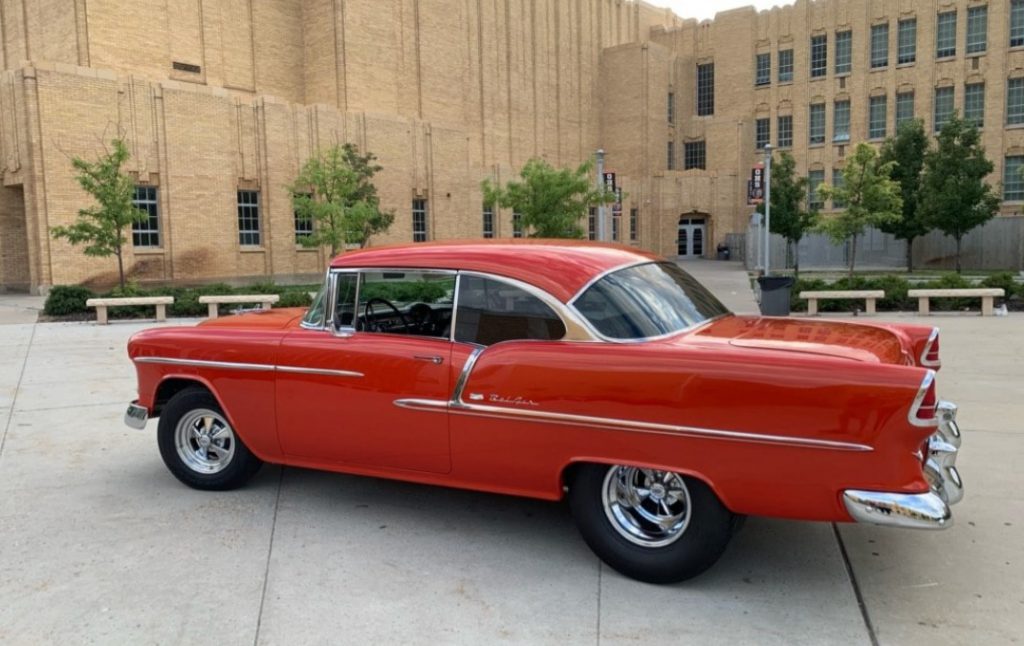 Great job, John. We love it. And it was our pleasure. Thanks for sharing.

This next one was sent in by Russell Leonard. Thanks, Russell. 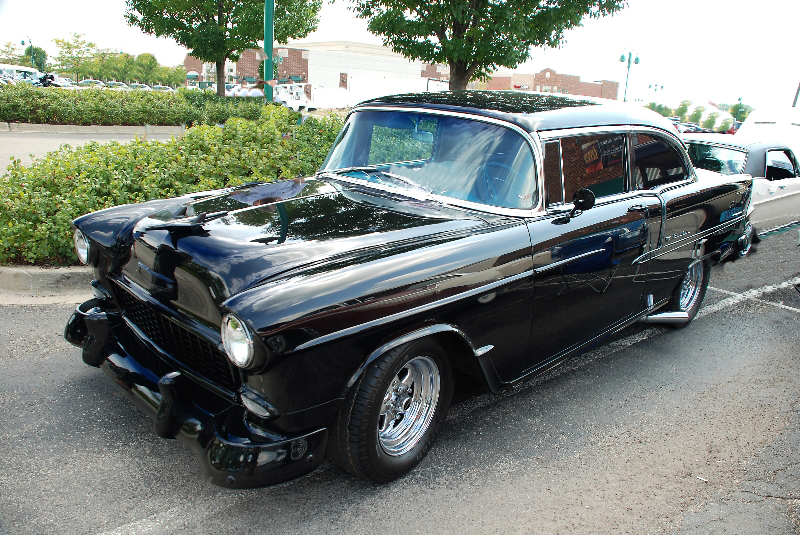 We would love to see more pics of this one, Russell. Hint Hint.

We finish up this week with this beautiful ’55 sent to us by James Cosmano. Thanks for sharing, James. 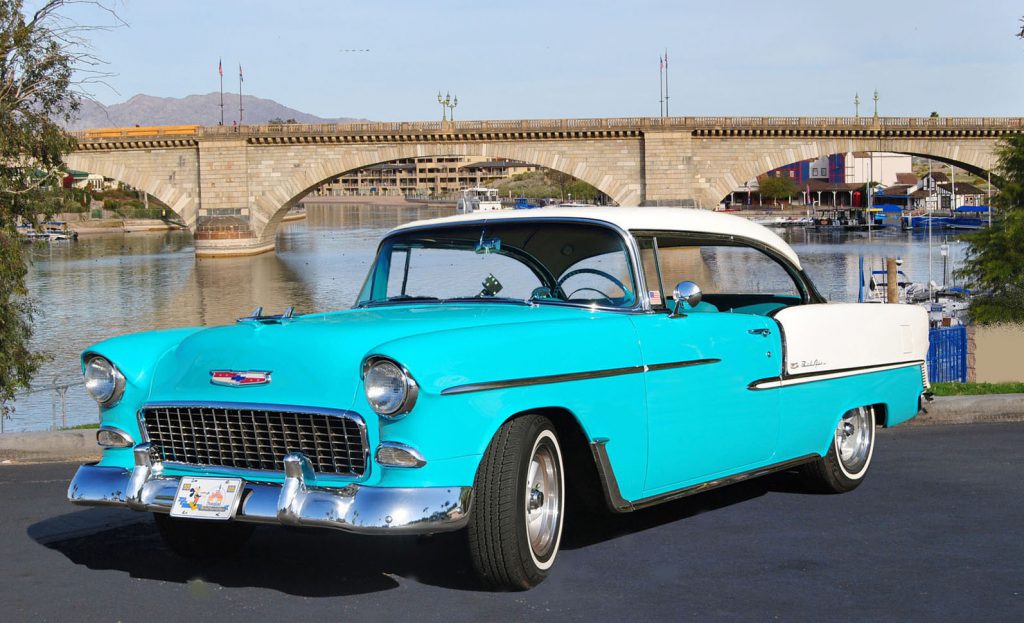 James writes… “After I graduated from high school, in 1956, I moved to California to live with my mother. At that time she was in need of a good car to get her on and off the freeways safely. She asked me if I would help her choose one.

I went to all the local used car dealers and found two cars in her price range that I thought she would like, a ’55 T-Bird and a ’55 Chev Bel Air.

I took her to Pasadena to see them and she fell in love with the ’55 Chevy Bel Air Sport Coupe. It had only 825 miles on the odometer and looked brand new. She bought it for around $2,000.00.

She drove the Chevy everywhere in the San Gabriel area until 1972
when her eyesight began to fail. She then parked it in front of my sister’s house in Buena Park where it sat for a while. She turned down many offers to buy it saying she was saving it for her son (me).

I had moved back to New York in 1959 after I was discharged from the Navy and had started a family. In late 1972 my wife and I decided to move to Lake Havasu City, Arizona to raise our children in a more tranquil atmosphere. In July, 1972 we visited my mother and at that time she gave me the Chevy. I was one very happy Chevy lover.

We were raising 4 children and living in a small duplex at the time so it took me over 20 years and many Danchuk parts to restore my Chevy. It was a labor of love. Shortly before her passing at 94, I took my mom for a ride
in our Classic. She was excited and happy.

With my wife’s help I installed a 350 engine and 350 trans. Everything else except the wheels is stock. Other than painting, I did all the work myself. In four successive car shows in Laughlin, Nevada, I won 2 first place and 2 second place in the semi-modified class. I am sure my mom would be proud.

We have always said that the story behind these cars is as much a part of the car as the car itself. We would love to hear your car story and see your pics and we think other customers and Danchuk fans would too. So please go to www.danchukusa.com/2020car and follow the instructions to send us YOUR car story and pics. WE PROMISE that if you do we will feature them on our Blog, in our emails and in our social media posts on Facebook, Instagram and Twitter.

Come on…let us tell the world YOUR Tri-Five story.

Check out all the Email Customer Cars to date by clicking HERE.